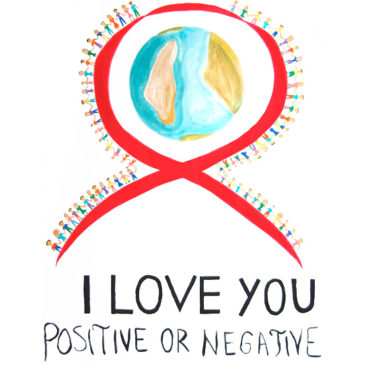 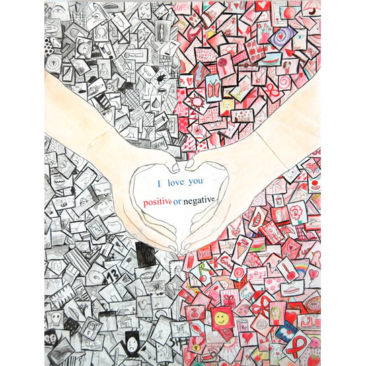 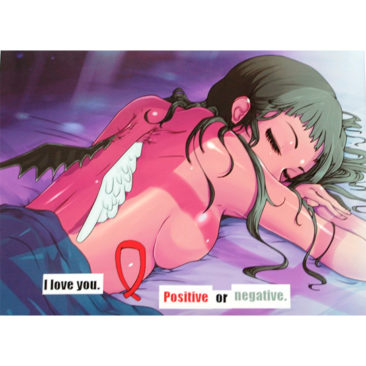 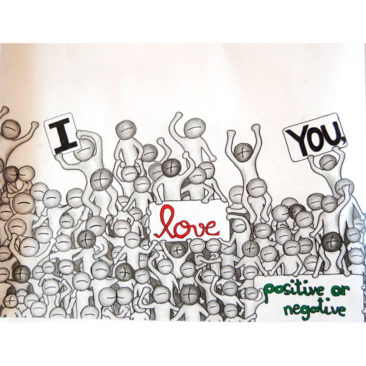 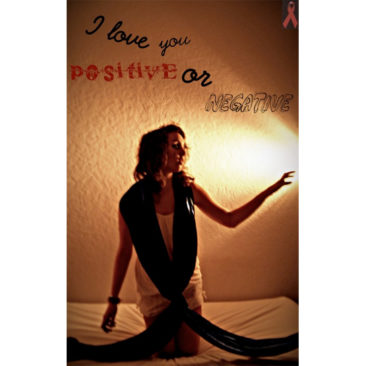 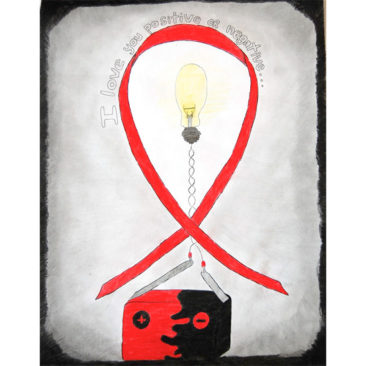 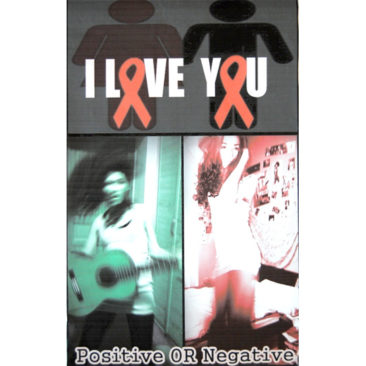 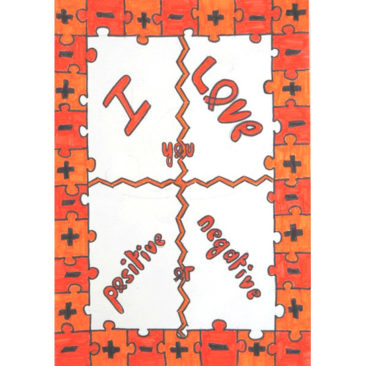 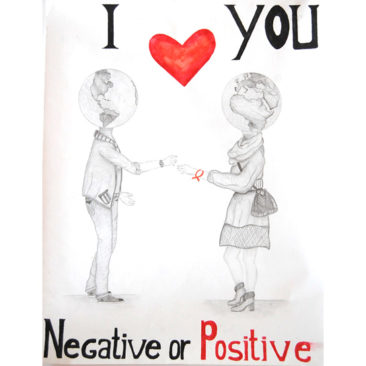 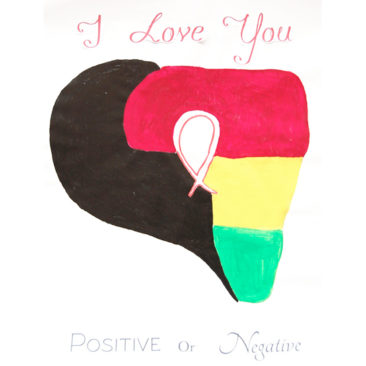 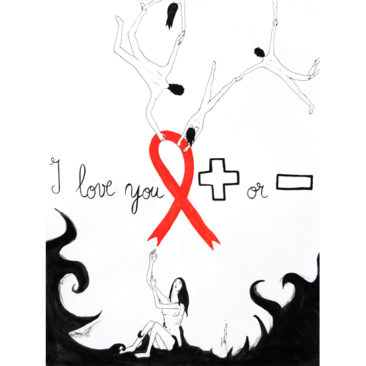 The 12 most relevant artworks were presented on the blog of the school allowing students to vote for their favorite poster:

The originals of these posters were then given to Designing Hope who presented them at the “Maisond es ensembles” in Paris.

These creations enrich all the contributions already made by young people from several countries, but also by international artists to illustrate a message that anyone affected by HIV-AIDS would like to hear his entourage.

Some of the artwork also have been included in the international campaign, such as this one for an awareness campaign in Zimbabwe. 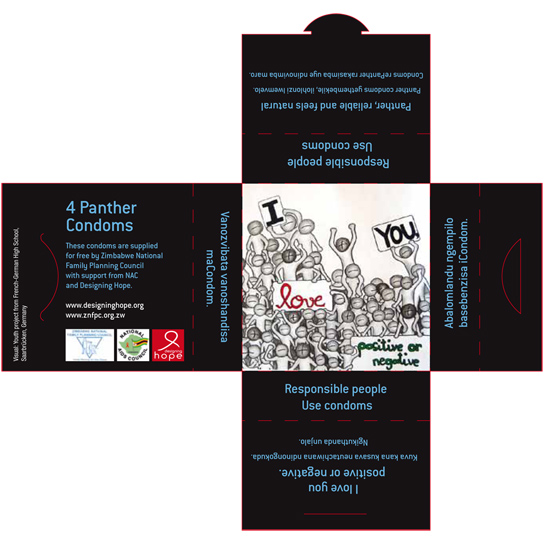